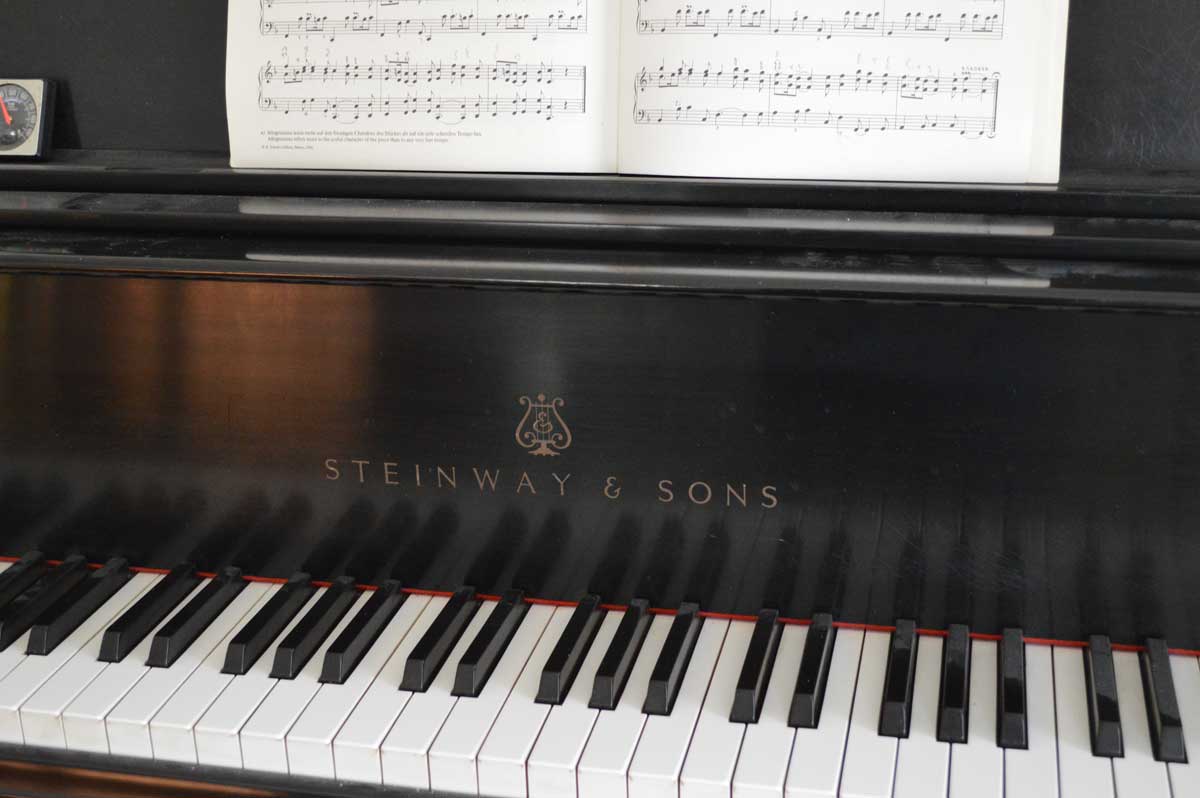 Music is a major part of my life. I spend as much time at my piano as at any other activity, and much of the rest of the time I have an ear more than half-tuned to internet music streams.

Unfortunately, I have not had even minimal success in figuring out a way to incorporate that interest in this website. Yet I am determined not to pass over this interest in silence, as it were. So, I will recite the point here very clearly, and include a few occasional notes of particular interest. 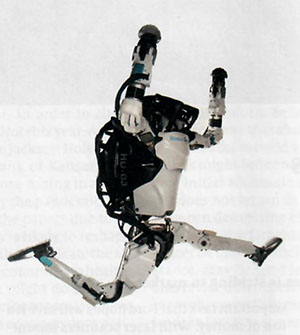 I have continued to be intrigued by the puzzle of the hands moving far earlier and faster than the brain can follow them.

The way that humans walk is sometimes described by biomechanists as controlled falling. Making a stride involves swinging a leg out and placing it down with small subconscious corrections to maintain stability as the mass of the body above it shifts foreward. Each leg works like a spring.

That is a good description of fingers landing on the keys. They head out as quickly and in the best direction that they can. Somehow or the other, before one becomes aware of it, they have felt the surface beneath them and adjusted their final course. It is a mystical process, if one's analysis focuses on awareness – but awareness seems to come long after the fact, when the fingers are playing any number of notes per second.

Learning to play the piano is pretty much an inch-by-inch affair, with magic moments very few and far in between. One such moment recently came when I set out to learn to play octaves, a standard piece of technique that somehow din't make it into my years of lessons. I found an internet post (which unfortunately I can't lay my hands on right now, since I would like to ascribe proper credit) suggesting that before playing the notes, one should locate them by feel with the fingertips. I haven't mastered octaves yet by any means, but this approach turns out to be extremely fruitful overall, not just for octaves.

I noted long ago that of all the mistakes a pianist makes, hitting between two notes, and so playing both of them at the same time inadvertently, is extremely rare. I believe that the pianist conditions himself to feel the cracks between the keys, with the fingertips figuring it out long before any conscious feeling of a separation occurs, if indeed it occurs at all. If you watch a good pianist play, you will notice him continually reaching for and feeling out notes quite a bit before it's time to play them. (Of course, sometimes there just isn't time for such things, so full technique includes being able to make big leaps in almost less than no time.) A violinist, for instance, needs to come at things differently because there is nothing to feel about the notes; he has to hear them and rely on proprioception.

I think that, most of the time, playing a piano note involves a couple of stages. Usually, the first is feeling that the key is there. If you're expecting to put your foot, or finger, down on something firm, and it turns out there's a void then and there – the reflexes instantly say, "Oopsie! I need to let my friends know about this, and maybe even report it to the brain" – triggering consciousness. Meanwhile, motion tends to freeze up, and the muscles tense up because the hand knows it's supposed to be doing something, but it doesn't know what. It doesn't want to descend into an abyss. Tension makes things much, much more difficult. I have found that practicing for feel also is very conducive to building smooth motions. The next finger needs to be close to in place before the current finger does its thing. As one of my teachers remarked, it gets easier as it goes along – or so it should.

After my mother died, I estimated that it would take me about two years to bring my piano technique back to where it had been at its top. That was about right. The question now, of course, is improvement from here…

It has been marvellous to have a fresh start with the piano, as with the rest of my life. Practice as repetition by itself accomplishes almost nothing, I have learned to appreciate. One needs to be paying attention, evaluating, and adjusting course all the time. If sometimes the smallness of the steps is challenging and frustrating, it is also rewarding that the activity provides continual and immediate gratification. I have learned much better how to learn.

Over the last several months at the keyboard, I have found the philosophical observations of Robert Nozick very insightful. (Obviously, he hardly had the intention of writing touchy-feely self-help tracts!) He speaks of the function of consciousness as being to evaluate concordance between information coming in various ways. Techniques has many different parts to it. As simple a task as finding a given key may be approached by looking at the keyboard, by proprioception through wrist and shoulders, by imagining where the key is without looking at it, or by feeling it. I have been struck that the errors never involve playing more than one key at a time, but always a wrong key. Our fingers are continually feeling the spaces between the keys and using them to guide motion, without the interstices rising to the level of conscious attention.

Approached as comprehending a bewildering complexity of notes, the task is not possible. One has to hear the sounds before playing them, and bring the body into a position to create them. If your fingers aren't right there when it's time to play the note, they won't get there in time. You have to be positioning your hand to flow from the previous note to the coming one.

So that one can learn to find the keys by heart and the music-reading not be arduous, he will do well if he assiduously practices learned material in the dark.

I am working to take this point to heart, if not literally keeping the lights out. Lo and behold, little by little it is paying dividends.