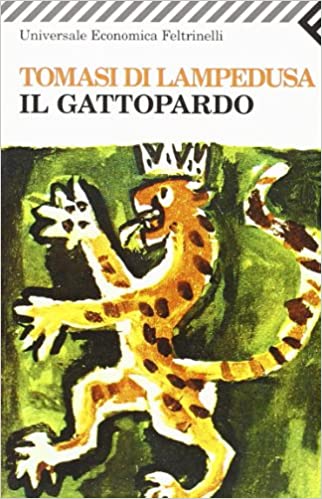 Il gattopardo tells of the lives of Don Fabrizio, head of an ancient family of the minor nobility in Sicily, and of those around him. As his life moves on to its close, so do the old era and society fade during the Risorgimento.

As the book opens Don Fabrizio is hanging on to his estate and rank, though the former has fallen into decay and the latter descended into near-poverty and prerogatives only of title and ceremony. By the time the story ends, he has died and a new generation has moved in under Garibaldi. His dog, which was stuffed and retained when the animal died, has become infested with vermin and smelly – and is thrown out. A bishop comes to examine the relics and images in the family chapel, coming to the conclusion that nearly all are fake.

I am a consistent fan of the Bildungsroman genre, where a younger character becomes a mature one. In a way, Il gattopardo is like that: it tells the story of how life changes over time, one's own life and those of society. 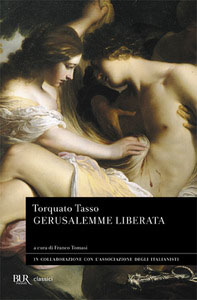 I had expected that Gerusalemma liberata would be a long read for me, something that I would pick up and put down over the course of an extended period. About a third of the way through, I found myself picking it up more and with more pleasure than other, lighter fare. Its topics are elevated ones and its characters very human in their strengths and foibles. Tasso's style continually borrows from Virgil, Dante and Ariosto. I read it straight through. It is a classic to its core. 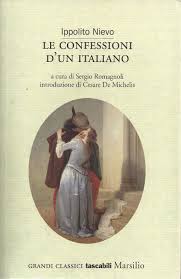 The Confessions is one of the major literary works of the nineteenth century in Italy. Perhaps because of the book's length and complexity, there was not an English translation published until 2015. He wrote it over nine months when he was in his eighties. Like Manzoni's, his writing included a single major work.

This is the moral of my life. And since it was not I, but the times that created it, so it came to my mind to describe simply the action of the times upon a man might be of some use to those who at other times are destined to feel the less incomplete consequences to such first influences.

Like War and Peace, it is a sprawling work, full of the values of community, both at the level of family and of country. I enjoyed it considerably. It is full of wit and amusement, the work of a very observing author.

The figure of la Pisana is memorable, standing in the very first and last pages of the book. The narrator's love for her is endless, though he well knows her faults and never comes to be her lover. It makes me think of another notable character, Solveig in Ibsen's Peer Gynt, who fully knows Peer's egregious shortcomings but is prepared to wait out her life for him. This kind of unconditional love is one we more often associate with mothers.

Italo Calvino had a large output, with an ability to write an amazingly different book each time around, remaining unpretentious the while. This short novel is a particular prize. Its main character continually discovers great chasms of understanding when he asks a question different from those we have accepted answers to, when he looks at something new he hasn’t dealt with before. There is a second layer to things in the structure of the book, which is organized into a 3 x 3 x 3 pattern of 27 short chapters.

I found it utterly delightful. 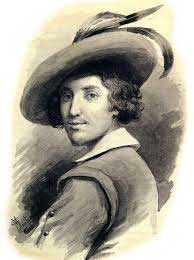 Alessandro Manzoni’s one novel, titled in English The Betrothed, is probably the most famous and widely read Italian novel. Manzoni is also noted as being the dedicatee of Verdi’s Manzoni Requiem. It is a sprawling but loveable and approachable work. It ends:

But Lucia ... said one day to her moralizer, what do you think I have been taught? I didn’t go out looking for hardships, they came looking for me.

Renzo, at first, remained speechless. After a much debate and puzzling together, they concluded that difficulties often arise because someone has created an occasion for them to arise; but that the most prudent and most innocent behavior is not enough to keep them away; and that when they come, fault or no fault, faith in God helps ease them, and makes them useful for a better life. That conclusion, even though arising from humble folk, appeared so appropriate that I have decided to put it here, as the essence of the story. 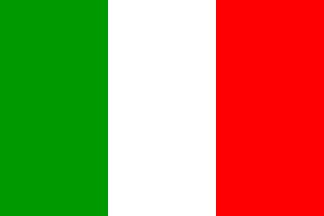