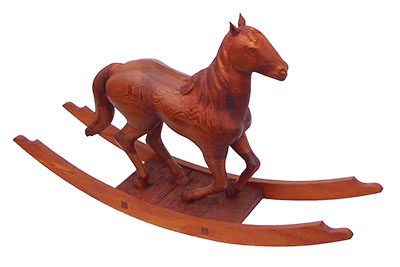 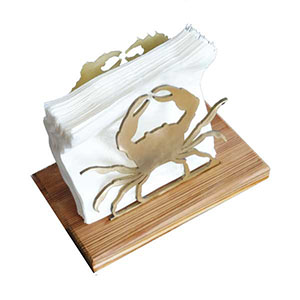 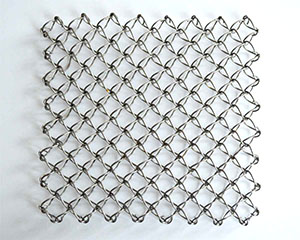 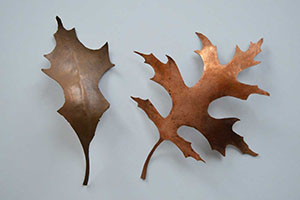 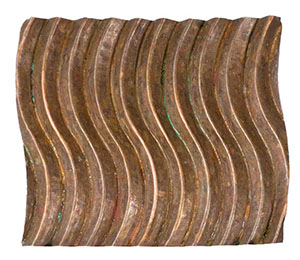 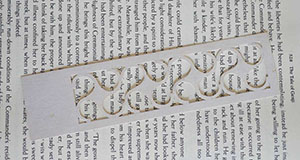 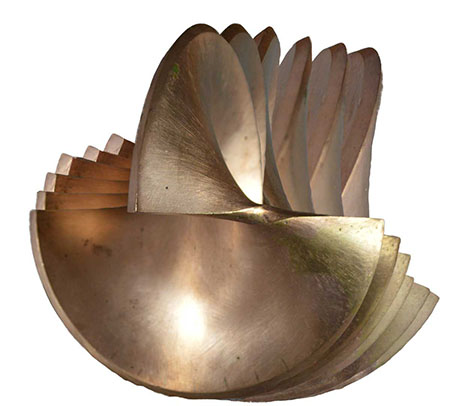 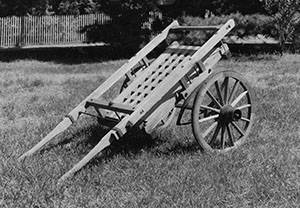 I make no particular distinction between high and low art.

I started this horse in 1999. I had a lot of fun with him. For instance, wooden rocking horses usually have legs that are quite straight because of the constraints of the material. Mine are curved, much more lifelike, with steel rods embedded in the knees to overcome the limitations of the wood grain. After a while more practical things intervened. I also realized that I didn't have a good idea of how to approach the hair of the mane, and that – sadly – I had already taken a bit more material off of one side than I might have liked. I held off on removing yet further material, thinking that I would pick up things later once I had figured out what to do.

The problem of how to approach the mane did become more solvable with time (think of it as big tresses, rather like long and droopy cones). The problem of not having quite enough material was less tractable, but with a better sense of direction, I have minimized the shortcoming. There's a crack in the base that I may go back to in a while, if I can work out a good plan.

Despite the minor shortcomings, I still like him a lot.

This started ten or fifteen years ago as a paper towel holder, which I never finished. In the interim, I happened across a vertical paper towel post for $9.99 at Family Dollar, ornamental cast iron painted bright cherry red. I pretty much make a rule against buying anything on impulse, but I broke it for the occasion and have been happy that I did. Meanwhile, I've been telling myself that I should use napkins as meal accessories, rather than paper towels. The pieces from the old project worked quite well for the new one, and it was just a few hours' effort/\.

I bought a trivet just like this one many years ago for a couple of dollars. Its design is very elegant and its function very good. Unfortunately, it was tin-plated steel. Tin plating has a limited life expectancy, and there's nothing to do to restore it, unless one has a tinsmith around the corner. Search though I might, I could not find a replacement to buy. Sadly, small crafts have waned in the era of a world economy and global markets.

This one is made from stainless steel wire, which should be far more durable. It took more trial and error than I might have imagined to get the wire coils shaped appropriately, but after a while I got good at wrapping them around a certain size of wood dowel. Success was easy to define here: this one looks just like my model (but shinier).

It was a little trickier than I'd foreseen, since the metal has an appreciable spring-back as it's shaped, and the pieces need to be fairly close to right before they'll go together. But once I figured out that part of it, if I wasn't ready to go into mass production, at least I was at the level of a village artisan.

This piece of folded copper was not intended for any use; it was just an exercise and experiment in an artistic exploration. The material was left over from a removed copper hot water heater in an apartment I lived in in 1972. It happens to work very well as a trivet. I like looking at it and use it every day.

If you slice a disk (circle, wheel) into two halves, and then rotate one of the halves (semicircles) 90 degrees around the center, you have a shape that will roll along quite nicely. It will follow a sinuous, oscillating path, but because its center of gravity never rises or falls, it will roll evenly. Of course, you need to have the halves secured together somehow in the revised orientation. If you are of a sculptural frame of mind, the problem suggests various intriguing spatial possibilities.

A small industrial foundry cast this for me. The shape was different from the kinds of things they usually did, but one of the people there took an interest in the problem and figured out how he could do it.

I had very little idea what the cart was like that went with the steel parts, so I was free to do it according to fancy. It was a lot of fun, especially making the spoked wooden wheels.