The recipe for ribollita is an excellent basic one that can be varied according to mood and the ingredients on hand. Mark Bittman's, followed literally, is very good.

"Ribollita is a famous Tuscan soup, a hearty potage made with bread and vegetables. There are many variations but the main ingredients always include leftover bread, cannellini beans and inexpensive vegetables such as carrot, cabbage, beans, chard, Lacinato kale, and onion. Its name literally means 'reboiled.'

Like most Tuscan cuisine, the soup has peasant origins. It was originally made by reheating (i.e. reboiling) the leftover minestrone or vegetable soup from the previous day. Some sources date it back to the Middle Ages, when the servants gathered up food-soaked bread trenchers from feudal lords' banquets and boiled them for their own dinners."

Very quick. It works with warm noodles as well as cold. I add sunflower seeds for texture.

The tahini does make for a cleanup process that's a little sticky, but fortunately it's "spoon-licking good."

This is a "master recipe," describing how ingredients may be tailored to taste. (You don't have to have little octupi in it if you don't like them. My own tastes have been in other directiions.)

I have become more interested in paella. It is relatively easy to prepare and very good. I bought myself a paella pan, shown above. The dish is best prepared in a shallow layer, with the bottom ideally attaining a crusty soccorrat. Mark Bittman's basic recipe is a good starting point. However, some of the traditional and special recipes are clearly a step up.

Farro is a variety of whole grain wheat with a somewhat nutty flavor. It is very easy to cook. My friend Ann passed on a couple of recipes to me. Obviously, it's easy to vary these, depending on your mood and what you have on hand.

Puréeing a whole can of chickpeas would not have occurred to me as an idea, but is a very good one. With a mild curry powder, such as 365 Everyday, you can still taste all of the other ingredients, such as the lemon and butter.

(This fellow is actually just a visitor to my yard. I didn't eat him.)

I use fresh tomatoes, peeled and pitted, rather than dried ones.

My feeling is, chicken, at least in its mass-produced form, is just not very good. It has little taste and dries out easily. In this recipe, there is a lot of flavor and liquid to address those issues. I have found the approach of quickly sautéeing it and then putting it in a warm oven works very nicely.

I omit the flour and generally use white wine. I slice mine into very thin slices on the cutting board before serving.

Elizabeth David was a noted and influential British chef. She was also a good writer. Sometimes people read her cookbooks for the style alone, without any particular plans to use them in food preparation. She does offer recipes of all kinds. If you are interested in how to cook pigeons for your dinner, Elizabeth David is your lady. La daube de boeuf provençale is the kind of thing you prepare on a cold winter's day, cooking it in a slow oven for hours. 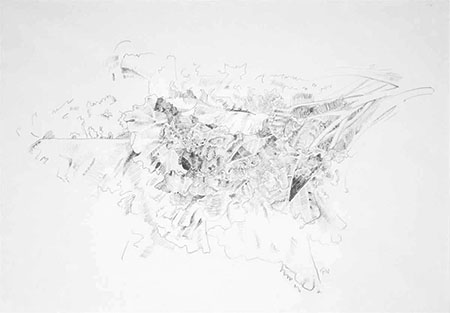 This is a very short list of things that friends have told me about or that I have run across. I will update & expand it as we go along.